Back to All News

As a result of the devastating wildfires in October, disaster authorities estimate over 1,000,000 tons of fire debris has been generated in Sonoma County alone.

Pacific Recycling Solutions (PRS) has mobilized multiple fire debris sites at Pruitt Industrial Park, which is located in Windsor and close to many of the neighborhoods leveled by the fire

This rapid response effort includes assembling scale houses, installing scales, securing temporary power, renting and purchasing heavy equipment, installing systems equipment, investing in technology and hiring personnel. In less than two weeks after the fires were 100% contained, PRS began accepting recoverable fire debris such as concrete, metal and burnt vehicles from burn sites. Hazardous waste is contained and hauled out of county, and remaining debris that cannot be recycled is transported to the County landfill. 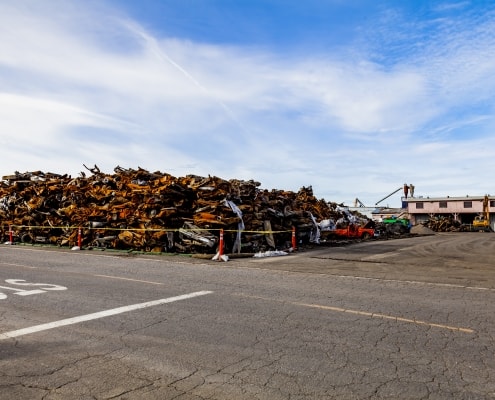 Working with contractors deployed by the Army Corps of Engineers as well as County and Town officials, PRS is proud to play a small but critical role in the comprehensive, regional disaster response. Incoming material will be recycled by PRS with the concrete specifically earmarked for crushing and return to local projects as part of the rebuild effort.

Pacific Recycling Solutions is part of the family of companies operated by C&S Waste Solutions.

Want to join the discussion?
Feel free to contribute!